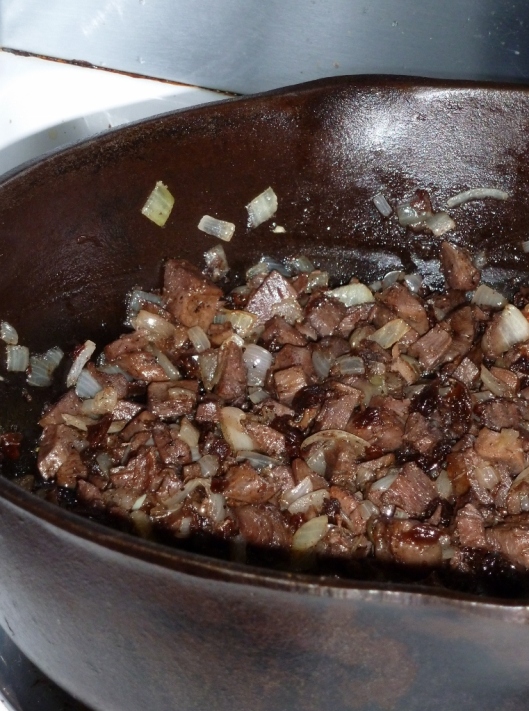 While I was preparing lunch yesterday, I had something a little odd to work with–turkey gizzards. So, I began on one of my “let’s see how this tastes” culinary adventures…. I only decided to post on such a grizzly topic as turkey giblets because I got such wonderful and repeated reviews on this dish.

I had some turkey gizzards that had been cooked until they were soft and I was wondering what I could do to them to make them appetizing to anyone else. Now, I personally like gizzards–but my sister isn’t the fondest of them. With that in mind, I took a bite (or two) and mulled over what flavors would blend well…..hmmmmm….raisins…..the brown spices……certainly……

I quickly diced up an onion real small and tossed it in some olive oil in an iron skillet. As this was cooking, I chopped up the already soft gizzards as small as I could without mixing my fingertips in with them. I repeated this with a handful of raisins. I then cooked the meat, fruit, and onion just enough to blend the flavors, then sprinkled salt and pepper on. I tasted, just to make sure, before proceeding…. Cinnamon, cloves, and allspice followed thereafter (with taste tests in between, of course!). Then, I decided it was finished.

I served it with bread and mayonnaise (though I elected to have heavy cream on mine), though it would also be very good chopped up finer in a food processor–or even made into a pate. When my sister found out what it was (after announcing her approval), she commented, “And I didn’t think I liked gizzards!”

For those of you who might prefer the short version of the recipe, here it is in order of preparation:

This, then, is my small celebration of the many uses of turkey on this day set aside for giving thanks to the Creator of the Universe for all his many blessings on us. I hope you all enjoy it!

Just a little story today…I had a half a package of shrimp in the freezer this morning and knew that I was going to have shrimp for lunch–what can I do with that, I wonder?

So I look in the refridgerator…the last red bell pepper, an avocado, and the last cucumber catch my eye…but with shrimp? Let me see…

Ah! Yes! Slice an onion in the skillet with coconut oil and butter–toss in three stalks of chopped celery–and the shrimp, so they all cook together and won’t get too done…

While the frozen shrimp are sauteeing with the onion and celery, I am cutting up the red pepper and the avocado in a bowl…when the shrimp are pink, I pull them out and set them on a plate to cool. Then I dump the hot onions and celery and the leftover oil in the bowl on top of the pepper and avocado chunks.

Then I cut the cucumber into strips to go on the side, while I wait for the shrimp to cool…

As soon as I can get my fingers on them, I begin peeling the shrimp. I break them in half as I add them to the bowl with the vegetable mixture. Then I sprinkle on a dash (or three!) of sea salt and squeeze half a lemon over the bowl. I mix it up and serve it with leftover carrots, peas, and brussels sprouts…a yummy meal….

For those of you who like receipes to look like lists, here you are! (Personally, receipes confuse me…)

Sautee celery and onion and shrimp in coconut oil–just until shrimp are done. Cut up pepper and avocado in bowl. Peel shrimp and add onion and celery and oil to bowl. Add shrimp. Salt and pepper to taste. Sprinkle with juice of half a lemon. Enjoy! 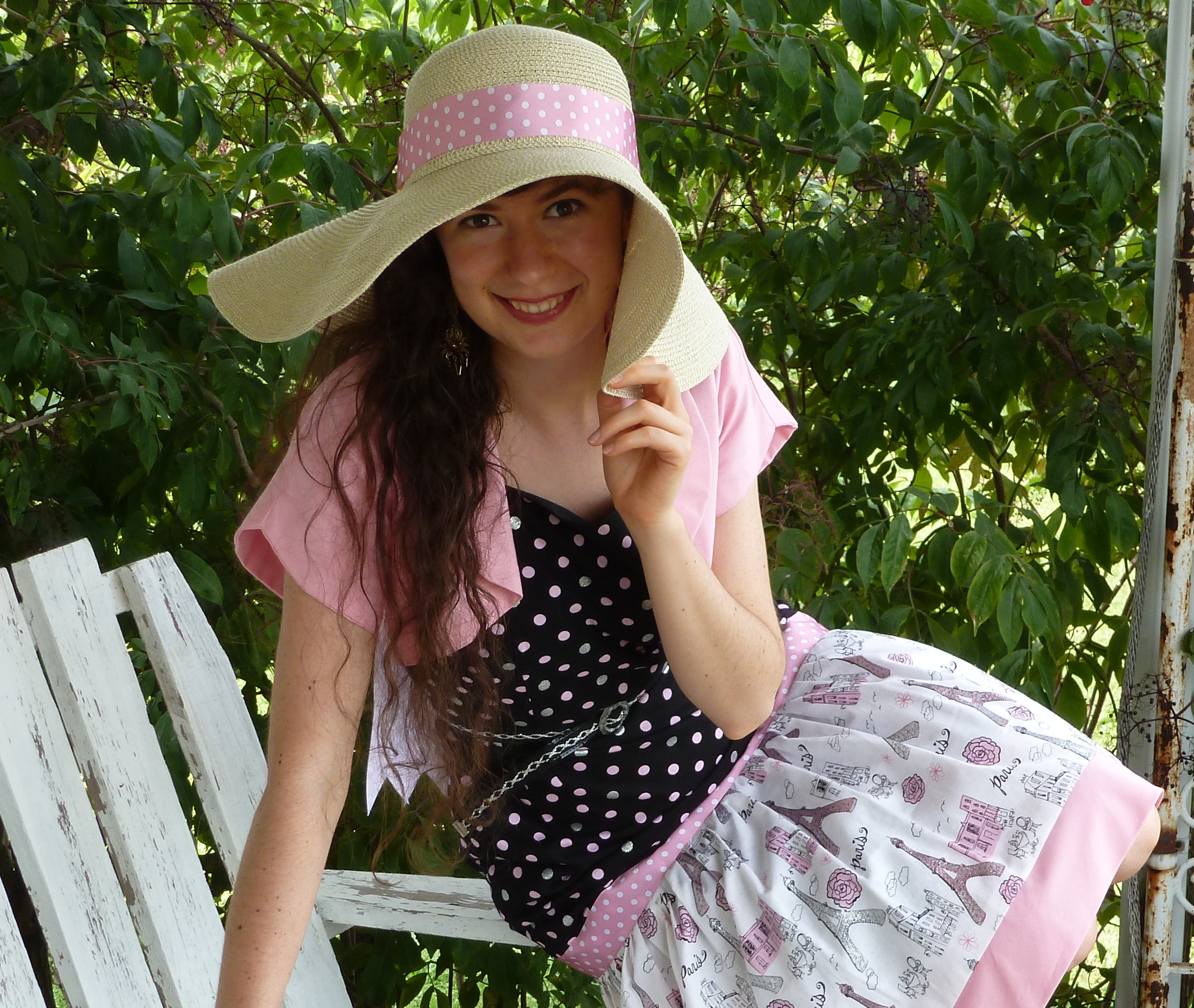